Two years ago TangoTab broke the Guinness World Record for the Most People Making Sandwiches Simultaneously for the first time. About 10 days ago TangoTab did it again, but one couple wasn’t able to attend the second time around. We will let Kelly tell the story from here…

“Where did you all meet? Online? At work?”

“Breaking a world record, for the most people making sandwiches simultaneously.”

It’s not the response anyone is expecting when they ask how Jason and I met, but that’s our story.

On the morning of February 22, 2014, around 8:00 a.m., Jason and I each arrived separately to TangoTab’s first world record-breaking event, held at the Hilton Anatole in Dallas. We had no idea that within an hour or so, we’d each meet the love of our life.

Neither one of us had ever worked in a soup kitchen or made sandwiches for those in need. I learned of the event from my friend Claire, who was involved with TangoTab. She said they needed table leader volunteers who could come early. I thought – why not? Sounds like a great thing to do on a Saturday morning. She was the only person I knew there. Jason heard about the event and, similarly, thought – why not and sounds like a great thing to do, even though he didn’t know anyone there. He showed up early, so they recruited him to be a table leader.

After all the leaders were trained, there was some downtime before the big crowd showed up. Somehow, we ended up standing next to each other and started talking…

It turned out they had more table leaders than needed, so we worked at the same table – Table 40 – filled with other extra leaders. A week later, we went on our first date. Fast forward two years…and we have bought a home together and will be getting married February 26, the weekend of the next TangoTab world record event. We wish we could attend, but we’ll be on a short honeymoon then.

At an event filled with families, church groups and others who were there to make a difference, the last thing I would have expected was to meet Mr. Right. But, sometimes, good deeds really do get rewarded in the most awesome ways… 🙂 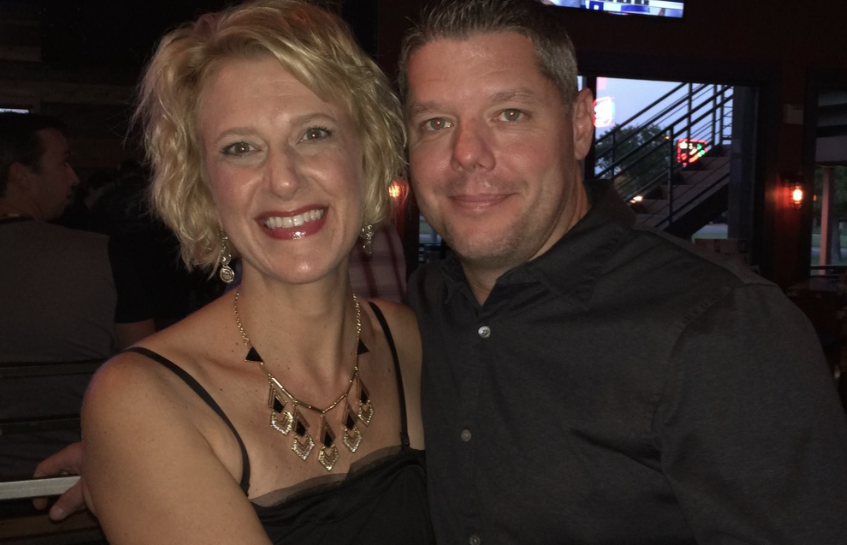 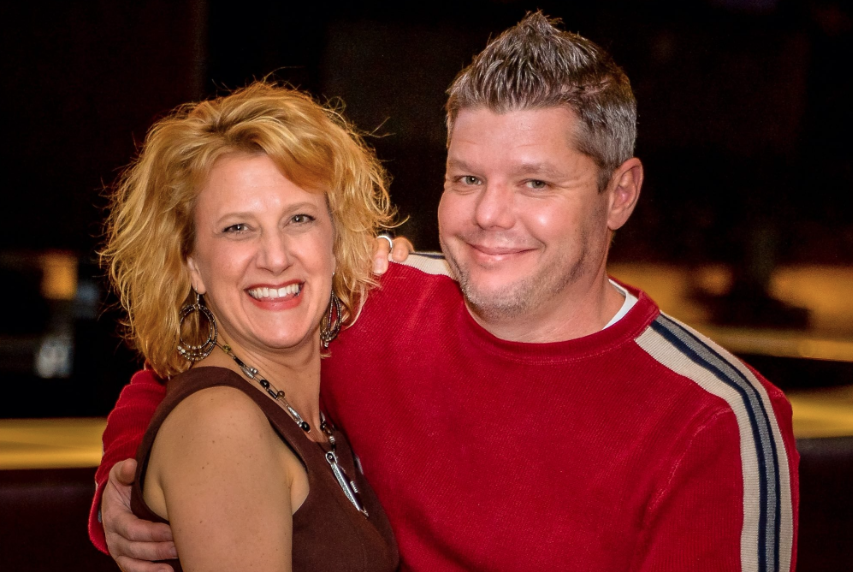 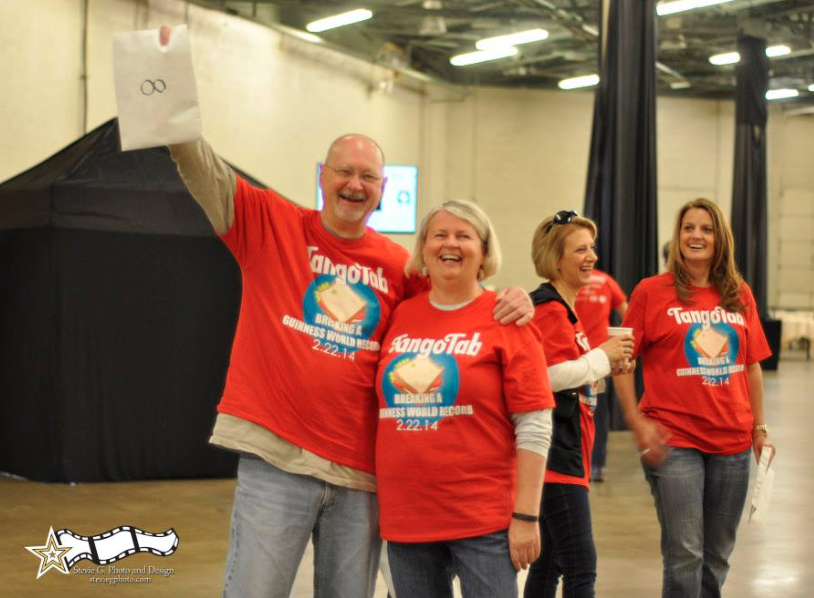 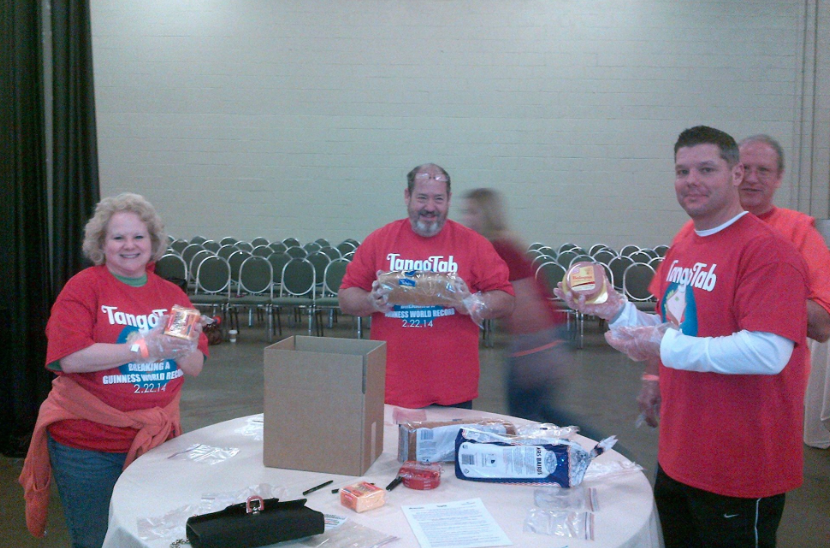 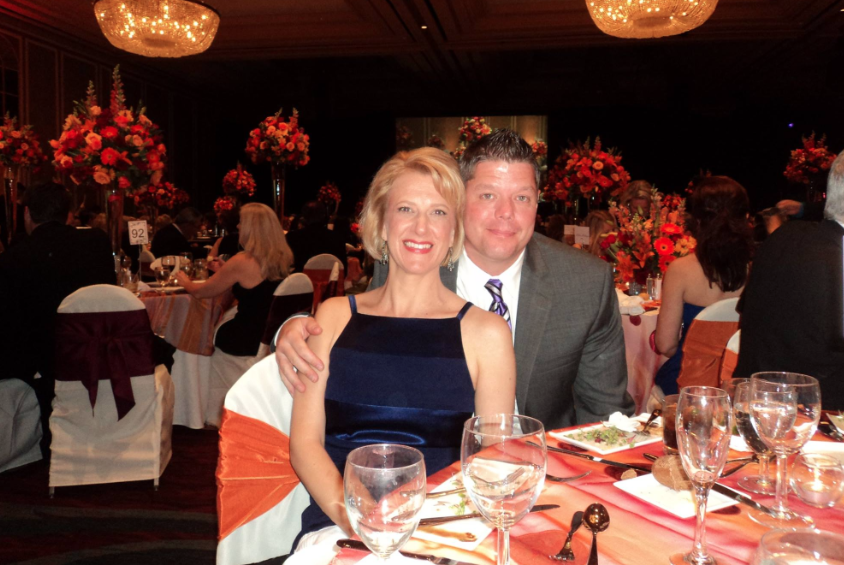 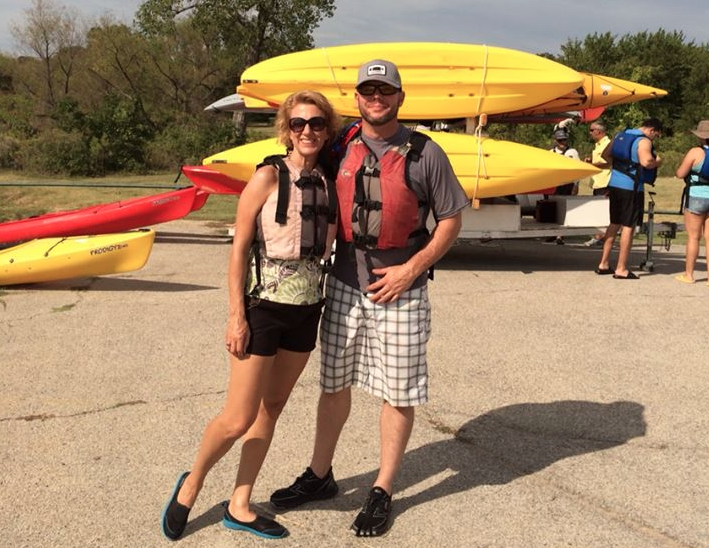