Smartphones are like pocket-sized toolboxes that allow us to accomplish almost anything nowadays, including ending hunger with an app! While technology can certainly be a distraction, it can also be a resource for solving some of the biggest issues of our time.

Ending Hunger With An App

In 2011, TangoTab founder Andre Angel visited a local food charity. There, he realized how widespread hunger truly is in the United States. Combining his background in business and technology with his desire to see this issue solved, he innovated an app to tackle the problem.

As you can see, Angel successfully implemented a system using modern day technology that empowers communities across the United States and Canada to work together to end hunger. Angel says, “Since there are over a billion meals consumed in restaurants every week and approximately 43 million hungry Americans, we have teh math to solve this problem.”

Related: Feeding A Man A Fish So That He Can Learn To Fish

The TangoTab app essentially creates a space for individuals to be a part of a gigantic virtual team, actively solving this issue together!

Join TangoTab’s team effort to end hunger in your community.

Andrew Carnegie once said, “Teamwork is the ability to work together toward a common vision. The ability to direct individual accomplishments toward organizational objectives. It is the fuel that allows common people to attain uncommon results.”

Indeed, our team of app users has achieved the kind of uncommon results that Carnegie speaks of. Consider the fact that to date, over two million people in need have been fed because of our collective user base. Now, that’s effective teamwork.

Related: 10 Great Quotes on Working Together

Giving Back While Having Fun

And, as a major bonus, the TangoTab user base is able to help end hunger without ever having to bring huge contributions to the table. Perhaps one of the best parts about Angel’s idea to achieve social change through app technology is that he created an enjoyable, easy way for others to be a part of the solution.

The only thing someone has to do in order to help end hunger with TangoTab is check-in on the app while having a great time dining out!

You do not have to spend hours of your time or any of your money to give back with us. All you have to do is #TangoTabIt.

Download and use the TangoTab app for free today. 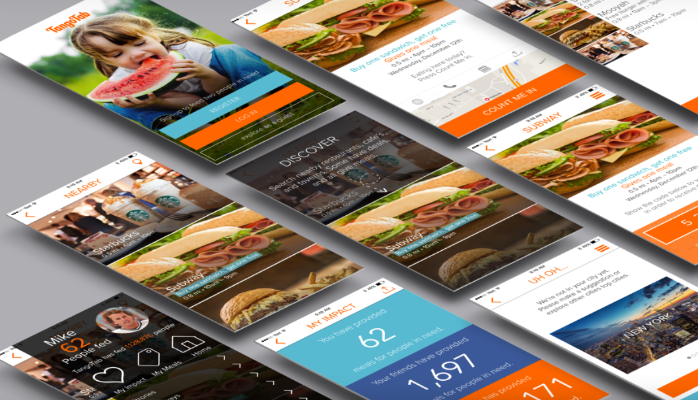