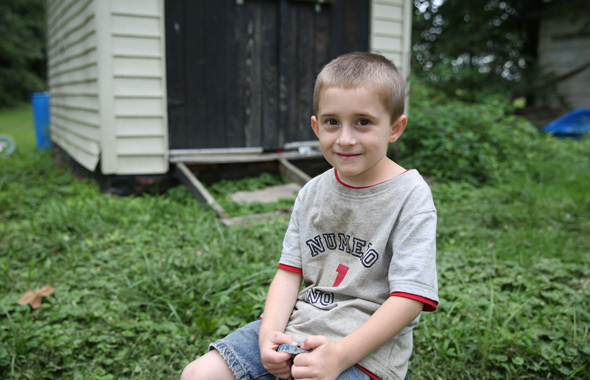 He loves Batman and wants to be a race-car driver when he grows up. Nicholas is just like any other young boy you would meet. He will have you laughing in minutes, but when you hear his story it will have you in tears.

At a young age Nicholas was neglected and abused by his parents. Part of the neglect included not providing food. His grandmother, Regina said, “He was eating salt to survive.”

At such a young age, Nicholas has suffered so much. Because of the severity of the neglect, Nicholas’s grandparents were granted custody. Doctors didn’t know how he was even living.” His body was so dehydrated and malnourished he wasn’t even able to go to the bathroom.

Thankfully Nicholas and his sister now have a loving home that they are safe in. However, having enough to eat is still a challenge. Nicholas’ grandparents weren’t expecting to have to raise two children in their golden years. Regina and her husband both battle with significant health issues and medical bills. Money is always tight. 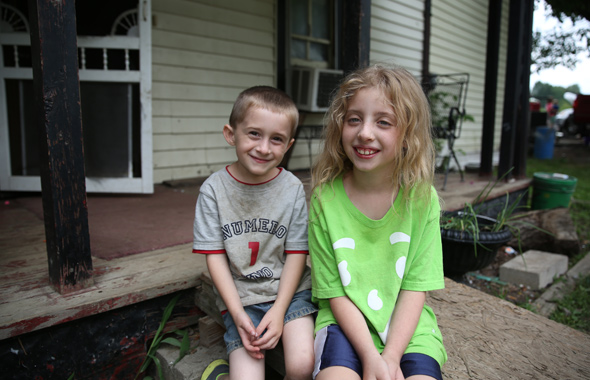 Not all childhood hunger is as severe as Nicholas’, but we meet hungry boys and girls all across the country. There is a shocking number of children, who live in one of the wealthiest countries in the world, that go to bed hungry every night.

You can make a difference today. Download the TangoTab app. Every time you use the app TangoTab will provide a meal to a child in need, like Nicholas.